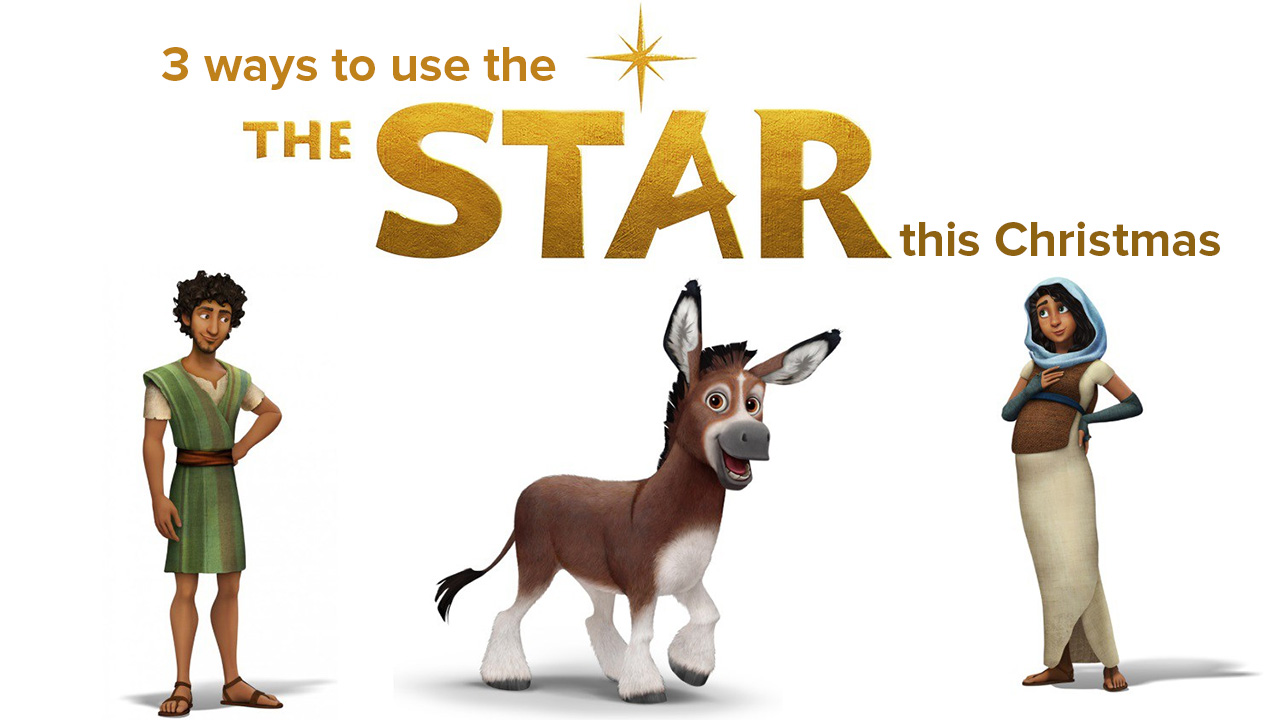 More than just an enjoyable family film, I would say that The Star is a film that you can put to good use in sharing the Gospel with others.

#1 Encourage people to go and see it

This is something that everyone can do. Going to the cinema is a popular past-time over the festive season, and so why not point people to go and see the Star?

The film goes straight in with an angelic announcement, which might jar with some people, so it might be helpful to prompt the fact that the film will talk about God from the beginning. This can be done easily enough: people are usually familiar with the main parts of the nativity but simply not used to seeing/hearing about it on the big screen. So, pre-empt it by saying that it is a film that features all the main parts of the Christmas story: an angel announcing the new child to Mary, Wise Men coming from Persia, and the birth of Jesus in a stable.

Arrange to meet people at the cinema, see the film and then get food or go back to your/their house for Christmas drinks and nibbles. At a natural point in conversation, you could ask a simple question like ’What did you think of the film?’ and see where the conversation goes, or (for the more confident ones out there) you could ask a more pointed question like ‘Did you see what the makers of the film said about the origins of this story at the end… did you know that the birth of Jesus actually happened…?’

If you lead or are involved in a family, children’s or young people’s ministry group, why not plan to go and see it as a group. Depending on your church context, you might even be able to make a discounted block booking with your local cinema and pass on the group discount to your guests (or maybe even subsidise guests’ tickets entirely!).

Speak of Jesus this Christmas

But regardless of whether you make use of this film or not, the key is that there is a true Christms story that is not just worth telling this Christmas but needs to be told so that some might hear, believe and be saved.

You can read my review of the film here.