The Star is a Christmas film that was released on 24th November in the UK (17th November in the US) and (I fear) will probably be largely overlooked by cinema-goers this festive season. If it does go by unnoticed then this would a real shame as it is both an enjoyable film but more-so a useful opportunity for people to share Jesus with friends and family this Christmas.

It is a delightful and charming film that follows the adventures of a donkey and his friends as they find themselves unwittingly wrapped up in the nativity story. It is well animated, well-written and funny but without being disrespectful.

Delightful, charming… and (in the way that counts) faithful to the heart of the Nativity

Obviously, the whole donkey/animal side of the tale is purely fictional (although, a talking donkey isn’t entirely out of place in a story taken from the Bible!). However, one of the strengths of the film is that most of the fictional components do not get in the way of the nativity story proper. Using the idea of an A story line and a B story line, the A storyline of the donkey and friends is purely fictional (and very enjoyable) while the B storyline of the nativity account remains largely factual (and very endearing).

Most encouragingly of all, there are a couple of key themes present in the film that are overtly Gospel themes. For instance, two of the main bad-guy characters are welcomed in by grace to worship the new-born King, and one character is marginalised for believing something everyone else thinks is ridiculous but is eventually vindicated when it proves to be true.

Our sin and Christ the Saviour

Most encouragingly of all, the Christmas message of a saviour to save us from sin is not hidden, either. The expectant child is held up as Jesus Christ, the Saviour and Messiah. Plus, the finale of the film features the song ‘O Holy Night’, where the line ‘Long lay the world in sin and error pining’ is clearly heard not once, but twice.

Our family thoroughly enjoyed the film, and even the parts of the nativity story that were changed under ‘artistic licence’ (for example, the arrival of the Magi at the birth rather than a few months later) proved useful opportunities to remind ourselves of what the Bible does say, rather than completely unhelpful adjustments to the story that changed its outcome or meaning.

Frustratingly, the trailer has the tag-line ‘meet the unlikely heroes behind the greatest story ever told’. Yes, the main plot line does follow a ‘what if…’ line of thinking, where the first Christmas avoids disaster thanks to the intervention of some animals to stop a fictional bad-guy (who goes largely unnoticed by Mary and Joseph and, thankfully therefore, doesn’t affect the nativity story proper). But this plot line is clearly fictional (remember, it is centred on rational talking (and sometimes dancing) animals!) and can be treated as such without problem to the factual nativity story.

I know that some might have issues with the fact that this main plot-line is fictional. I don’t. The producers are very clear in a pre-credits message that while the film involves artistic license being taken, they nonetheless wanted to remain faithful to the message of the Christmas story and, in all the ways that count, they have done. We must remember, they are making a film for people’s entertainment, not for people’s teaching and instruction. There is a difference (a very big difference!) between these two aims, and we must not confuse one with the other.

In fact, in order to preserve some of the essential detail of the real Christmas story, I would say that the producers of the film have sacrificed crowd-pleasing in favour of saying things that are critical in the Christmas story that some people will find uncomfortable or maybe even offensive. Things like God being real, Jesus being the Messiah and Saviour… and don’t forget the subtle but nonetheless clear lyric that we are all ‘in sin’.

More than that, I would say that The Star is a film that you can put to good use in sharing the Gospel with others.

Here are 3 ways that you can use The Star to share Jesus this Christmas.

Regardless of whether you make use of this film or not, the key is that there is a true Christmas story that is not just worth telling this Christmas but needs to be told so that some might hear, believe and be saved. 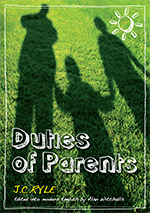